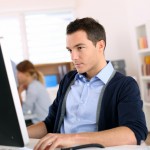 Despite a surge in job openings, the number of positions left vacant because employers cannot find people with the skills or knowledge to fill them has risen by 130% since 2011.

That’s according to the Employer Skills Survey from the UK Commission for Employment and Skills, which show “skills shortage vacancies” now make up nearly a quarter of all job openings, rising from 91,000 in 2011 to 209,000 in 2015.

Although most sectors are suffering from skills shortages, the situation is particularly acute for some. Over a third of vacancies in electricity, gas and water, and construction are now due to skills shortages, with transport and manufacturing not far behind. Only in public administration are skills shortages below 10%.

Researchers interviewed over 90,000 establishments across the UK, and found that the financial services sector has seen the sharpest rise in skills shortages, rising from 10% in 2013 to 21% in 2015. Time management is a significant issue, with nearly 60% of establishments who reported a skills gap saying that their staff lacked the ability to manage their own time and prioritise tasks. Across the UK, two million workers are under-utilised – that is, they have skills and experience which are not being used in their current job.

Lesley Giles, deputy director at the UK Commission for Employment and Skills said: “With global competition intensifying, the UK urgently needs to boost its productivity. To do that, we need people with the right skills. But that’s only half the story. Creating good jobs that produce high-quality, bespoke goods and services is just as important. The Employer Skills Survey provides a wealth of data to enable businesses, training providers and policy makers to make informed decisions about what needs to be done to boost jobs, productivity and prosperity throughout the UK.”

Richard Shea, managing director, EMEA search at Futurestep said: “The news that vacancies are being unfilled due to a shortage of skills is a concern as we try to crack down on unemployment. Filling these roles is vital, however due to a shortage of skills being an issue, organisations should also look at their current talent pool. An organisation’s most valuable asset is its people but often when it comes to looking after existing employees many businesses focus the majority of their time, energy and budgets into sourcing new recruits over retaining its existing talent pool. It is vital that businesses do not take their workforce for granted and that steps are taken to improve staff retention.

“In today’s economic climate, retaining a relevant and talented workforce is imperative for business growth and development. Organisations who demonstrate commitment to their workforce’s wellbeing and development will reap the rewards. By evaluating the skills, traits and motivations of current employees against a focused talent strategy, employers can ensure all staff are provided with personalised development plans to help them progress.”

The survey also showed that 49% of skills gaps were attributed to the introduction of new technologies. Ash Merchant, head of business development for education at Fujitsu UK & Ireland said this is a warning that should not be ignored.

“We as a global society need to prepare our younger generations for a workplace built on digital technologies,” said Merchant. “Five years from now, we are facing a predominantly digital economy, with it being forecast that the UK will require 2.3 million digitally skilled workers by 2020. But are our children ready to enter such a workforce?

“Research has found while 65% of kids will end up in jobs that haven’t been created yet, only 10% of schools offer any kind of computer science classes. Governments and organisations alike need to both proactively seek a solution through reaching talent at a young age and supporting them through their journey into roles that will depend on IT skills.”