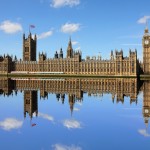 A senior politician has accused the Government of misunderstanding how the world of work has changed as Parliament heard calls for a strategic review of the legislation affecting contractors.

Roger Mullin, the SNP’s Treasury Spokesman, told Financial Secretary to the Treasury David Gauke that the Government misunderstands the world of work and how it has changed.

He told the Commons last week: “I suspect that part of the problem is that the Government have misunderstood the needs of the modern labour market. People are no longer employed either in traditional ways or entirely self-employed in the way it is traditionally understood.

“The Minister argued calmly, as he always does, that the change is a simply a matter of ensuring a level playing field. If he wanted a level playing field, he would be ensuring that workers employed through intermediaries benefit from sickness pay, holiday pay and many of the other advantages of full-time employment. They do not get those same benefits and cannot be compared with people in traditional forms of employment.”

MPs pressed the case for a review of all types of employment, including flexible working, at the Committee Stage of the Finance Bill last week.

Roger Mullin and Kirsty Blackman from the SNP led the push after fears grew their constituents in Scotland would be particularly badly affected by recent changes to travel and subsistence relief. Following meetings with trade body PRISM, the SNP tabled an amendment for a review to be written into law.

The Government has so far rejected the review plan. The amendment, which resulted in the review being voted down, was largely symbolic because the Finance Bill is a Government bill that would be expected to attract overwhelming support.

The Government has largely removed the ability of contractors to claim travel and subsistence relief, claiming it was unfair to those permanent employees doing the same job.

PRISM chief Executive, Crawford Temple, believes the fight will go on. He said: “The legislation on tax and other matters is far too complex and the law is not keeping up with the way people are engaged in the modern labour market. That has to change if Britain is to remain competitive backed by a highly skilled, flexible labour force.”

The CBI/Accenture employment trends survey published in December 2015 highlighted that “almost all businesses (94%) believe flexibility is vital or important to the competitiveness of the UK’s labour market and for prospects for investment and job creation.”

← PREVIOUS ARTICLE
Recruitment firms’ overdrafts cut by over a third