Quarter of businesses would offer full genetic screening to employees 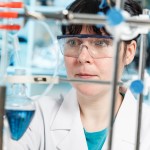 A quarter of UK businesses would be prepared to extend health screening into genetic testing as they strive to retain and attract top talent, a new survey has found.

More than 600 UK business leaders were questioned for the Astellas Innovation Debate 2015, and 24% said they would offer employees a complete readout of their genetic blueprint, and hence an insight into their current and future health. This rises to nearly a third (29%) in the IT and banking sectors. But for most employers (76%), the fear of legal repercussions is an inhibiting factor.

Of employers who said their business would be unlikely to offer genetic screening to employees, 43% said they might reconsider their view in the future if better legislation were introduced to protect the rights of employers (19%) and employees (24%).

Sixteen per cent said they would re-consider their view if the results of genetic testing could serve to reduce the cost of key person insurance, while a further 16% said that businesses would need access to advice on dealing with employees found to be at higher genetic risk of developing serious illness. Only 5% said they might choose to offer genetic screening if their business could access genetic data from test results.

European legislation prohibits businesses from gaining access to their employees’ genetic data, and most businesses (72%) support this principle. Despite that, one in five bosses (22%) admitted that an employee who revealed his/her greater genetic risk of serious illness would consequently also run a greater risk of redundancy and become less eligible for promotion.

Baroness Helena Kennedy, QC, vice president of the Patients Association and former chair of the Human Genetics Committee, is urging businesses to consider the wider implications of screening employees.

“Of course it’s a testament to mankind’s ingenuity that genetics and technology are combining to bring the prospect of personalised medicine much closer,” she said. “But knowing the facts about our genes can also bring challenges.

“For example, our genetic information could be misused by insurers, who could over-interpret the information in our genes, wrongly suspect we are susceptible to some disease, and so not provide us with the kind of insurance we need.

“Similarly, if an employee shared some genetic information with his or her boss that indicated a higher risk of, say, cancer or a neurological disease, as this survey shows, the employee would be at higher risk of discrimination in the workplace in the form of redundancy or being passed over for promotion. This in turn leaves the employer vulnerable to accusations of discrimination. And then, on a personal level, employees might well need professional support if they become distressed at the prospect of a disease that they might or might not develop.”

Baroness Kennedy added that some US technology companies are offering employees DNA screening to identify the risk of cancers, and promising personalised treatment based on their genetic make-up should they need it.

“I would urge UK businesses not to follow suit – certainly not without thinking very carefully about the wider implications to them and their employees,” she said. “It is not just a matter of potential discrimination and lawsuits, but also of the health benefits to those being tested. Of course, we all recognise the importance of screening people with a family history of certain diseases and rare genetic disorders – as the 100,000 Genomes Project is currently doing – but there is little benefit to widespread genetic testing if it can’t tell you when – or even if – you will develop the disease.”

Other key findings of the study include:

NEXT ARTICLE →
Nearly 200 agencies turned down for REC membership

← PREVIOUS ARTICLE
HR pay to rise by average of 5% in 2015, survey reveals