Put staff interviews on the record to avoid tribunals 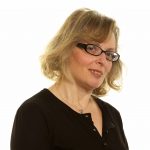 Last year, ministers vowed to overturn employment tribunal fees after it was ruled they were obstructing the public’s ‘access to justice’.

There is an increasing fear that with this change, individuals may be more likely to raise a claim against an organisation, with nothing to deter them financially. Facing this increased risk means organisations should adopt more protective measures.

If individuals are in a situation where they feel they have been unfairly dismissed or discriminated against, they will likely raise a claim, especially with no tribunal fees to discourage them from proceeding with a once costly legal battle.

One of the best ways to avoid such issues is by thoroughly briefing employees to follow company policy, and not stray away from the agreed guidelines.

Passing the responsibility of job interviews onto an independent recruitment agency may be a hassle-free way of working around the problem, but disciplinary or client meetings still pose the same risks, and pressing record could be the only sure solution.

If you have introduced recordings as a protective measure for your organisation, it is best practice to first remind all parties that a meeting or interview is going on the record, as this can help keep feelings in check during the process.

An advantage of recordings is that they help protect both sides, and your employee or client will feel a lot more at ease knowing they can engage freely without having to take pages worth of notes.

Another reoccurring complaint is that an organisation failed to keep an open mind during proceedings.

Recordings capture the entirety of a conversation, from the words spoken to the tone of voice used, so those assessing the nature of a meeting can get a clearer picture of what really happened.

As the 100% accuracy of voice recordings eliminates the need for a dedicated note-taker on either side, allowing individuals to fully invest in the conversation without the hassle of manual scribbling.

Keep up and save time

Not only do recordings remove the need for note-taking, but they also streamline the process by speeding up the approval stages afterwards.

First-time accuracy eliminates the necessity for multiple rounds of checks and amendments, which can be a time-consuming process when coming to an agreement.

Putting interviews or meetings on the record also defends against the claim than an organisation failed to give an individual adequate time to put their point of view across.

Recordings capture pauses and breaks in a conversation, which can help debunk claims that someone purposely dominated proceedings to prevent a fair and balanced discussion.

Smaller businesses should find that digital dictation machines, or dictation apps for Smartphones and tablets, will suffice for the small number of one-on-one personnel meetings they are likely to undertake.

For larger organisations, with an expectation of more such interviews, often with several attendees, transcription service providers can supply conference-style recording equipment, with multiple microphones.

Use the best and get a certificate

The best external service providers, well-versed in the process of transcribing hearings and interviews, will provide a certificate of accurate representation with the transcription.

This certifies the transcription is a faithful reproduction of the sound file, using verbatim transcription that includes all the ‘umms’ and ‘errs’ that have a direct effect on the flow and meaning of the conversations being recorded.

Unlike more traditional transcriptions of dictation where the skilled typist excludes mistakes and hesitations, in interview transcriptions, any omissions may inadvertently affect the intended meaning of any spoken response.

Failing to keep accurate records of an interview can cause problems at an appeal stage or if a case proceeds to an employment tribunal.

Having access to an accurate transcription of any interview, a certificate of accurate representation and the original recording, will significantly reduce any assertion that accurate records were not kept.

Any tribunal will appreciate the ability to listen to a recording of any interview, if it offers insight into the detail or emotions of the individuals involved.

Disciplinary meetings should not be viewed in a negative light – they can prove extremely helpful in diffusing a situation quickly without the spread of damaging workplace gossip.

Introducing the use of recordings during meetings and interviews shows great initiative on the company’s behalf, allowing involved parties to feel more relaxed about the nature of proceedings.

External transcription service providers might be regarded as an unwarranted expense when most organisations are looking to cut costs, but just how much might the accusation an organisation acted inappropriately cost in the long run?

NEXT ARTICLE →
Candidate ownership: What companies need to know