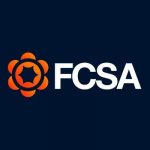 The Freelancer & Contractor Services Association (FCSA) has announced the appointment of Chris James as its new chairperson.

Chris has played an active role in FCSA’s work for some time and takes over this position from Graham Fisher who has served as chair during 2018.

In his new role, Chris will support Julia Kermode as chief executive and the FCSA team in continuing its work to protect the UK’s flexible workforce and help FCSA in its mission to drive up standards.

Alongside his role as chair, Chris is the head of accounting operations at JSA Group and his career in accountancy spans some 20 years.

On taking up his new appointment, Chris James commented: “FCSA has come a long way since it was set up in 2008 and is going from strength to strength.

“I am delighted to be taking up the responsibility of supporting Julia and FCSA in our mission to drive up standards in an industry that is working hard to protect the UK’s freelancers and contractors. 2019 and beyond looks set to be a challenging period as we see more Government activity across the whole sector, with several active consultations and other developments and initiatives set to have a significant impact on us as providers, and of course, on the workers, freelancers and contractors we support.

“As part of my agenda I look forward to working with our members to air their views and influence decisions with policymakers. FCSA has a strong, credible voice in the sector and we aim to continue to build on this role with all stakeholders. Whilst our industry has come a long way, there is still much to do in our efforts to stamp out unethical behaviour and promote best practice.

“I would like to thank Graham Fisher for his work and I look forward to taking up the mantle from him.”

Julia Kermode, FCSA’s chief executive, added: “It has been a pleasure working with Graham Fisher as chair and I am now looking forward to working with Chris as we consolidate our position as the UK’s leading professional membership body for our sector.”