Older workers say no to retirement 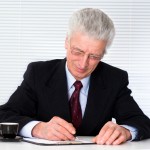 Much of the focus of coverage since the country voted to leave the European Union has been on the age divide – on the fact that many disillusioned older voters felt their views would be better represented by a ‘sovereign UK’ than (in their words) a ‘bunch of bureaucrats’ in Brussels.

Whatever side they took in the referendum, the fact is that many of them will need to be earning money long past their sixties as pensions decline. This trend was confirmed this week by an Aviva survey which revealed that a fifth of people still yet to retire plan to set up their own business after they stop work.

The study found that end of the default retirement age has introduced a multitude of opportunities for people to work beyond the age of 65 – often because they need to, but also because they enjoy the challenge of work.

But what’s perhaps most interesting is the number that want to go it alone in retirement. Aviva found that only 3% of those who had planned to continue working had already set up their own business, but of those who were some way off retirement, 20% wanted to take this option.

Could this be the dawn of a new age of older entrepreneurs, giving the Silicon Valley millennials a run for their money? Many respondents said they would miss the collegiate aspect of work after retiring, and while setting up your own business can be lonely, the amount of networking required to succeed would certainly scratch that social itch.

Many also noted that volunteering was high on their agenda after leaving a formal work environment, so there’s a strong will here to do something worthwhile, rather than simply turning up in order to earn a wage. Combine this spirit with older workers’ growing entrepreneurialism, and we could see a wave of more ethical new businesses, run by people with oodles of business and life experience.

Given the high levels of uncertainty we face right now, this trend is definitely one to be embraced.

NEXT ARTICLE →
Relocation: Helping to settle your new staff in is the best start