Oil and gas industry ‘must get creative to solve crisis’ 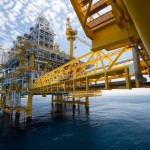 Governments and organisations must look to form more creative partnerships if they’re to resolve the crisis currently impacting the global oil and gas industry.

That’s the view of Johnathan Johnson, CEO of specialist technical energy and engineering workforce solutions provider, Fircroft. According to an analysis by the firm, more organisations and governing bodies need to follow the example of Aberdeen, which has signed a creative partnership with the town of Pemba in Mozambique. Thanks to the agreement, Aberdeen-based firms are now able to bid for new work and contracts in Pemba, the area around which is said to hold “huge reserves of offshore natural gas.”

“The Aberdeen/Pemba partnership is just one example of innovation within the global oil and gas arena and should certainly be encouraged,” said Johnson. “We all know that the North Sea and a number of other markets are down at the moment, but this won’t be the case forever. The industry is cyclical and there are still numerous pockets around the world where there is significant demand for talent such as Kazakhstan, Azerbaijan and in a number of African countries, including Mozambique.

“UK oil and gas firms have a great depth of expertise at their disposal and currently they’re not utilising it to its full extent. Forming creative partnerships in the downtime with less popular and exploited regions, like Pemba, is an approach that can reap rewards.

“We should also consider the benefits that partnerships with education institutions can bring. Particularly in light of the role that they play in nurturing the next generation of oil and gas operatives. It’s something that wouldn’t just benefit the UK economy, but the global markets too. We have rafts of talented specialists in this country and exporting our expertise is an option that both the Government and energy firms should be looking to make more use of.”