Moonlighting: the way of the future or a necessary evil? 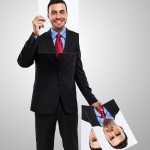 A quarter of UK workers are ‘moonlighting’, according to a survey released this week by Adobe – but is this a worrying trend or just a sign of the times?

Moonlighting is defined as having two or more jobs, and 58% of UK employees believe this will become the norm in the future – half even describe it as defining who they are. They cite positives such as networking opportunities and the chance to help others as reasons for embracing – rather than resenting – this trend.

The so-called gig economy is fast growing around us, and savvy employers are catching on. Rather than stopping staff from having two jobs, they are flexible about working hours so someone can, for example, volunteer every Friday, or pursue a passion of theirs a few times a month.

Careers now veer off in multiple directions, and individuals are often more committed and productive in their ‘main’ job if their boss allows them to do something else on the side. It’s rarely about the money, and increasingly employers feel less possessive about employees, instead recognising that they’ll be a great ambassador for their brand even if they work there for a few years, rather than trying to pen them in along a linear career path they may not want to follow.

However, where employees are forced to moonlight because they don’t earn enough or are not guaranteed enough hours is more problematic, and definitely less progressive. Zero-hours contracts that claim to be flexible but don’t offer enough reward or chance for progression are the dark side of the gig-economy coin, and where it’s crucial to keep an eye on ethics. Technology may ultimately replace many less complicated jobs, but that doesn’t mean big organisations can exploit human labour at the same time.

So while there is much to celebrate about workers having the flexibility and the drive to follow multiple careers, don’t forget the ones who may not have a choice about whether they have a second job or not.

NEXT ARTICLE →
Should the apprenticeship levy apply to temps as well?