Is summer the season of discontent? 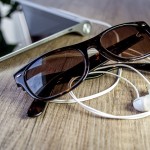 A survey last week from CV-Library revealed that only a fifth of employers offer staff seasonal perks during the summer, but is that really a surprise?

Most staff felt that their employer should have seasonal policies in place, such as more relaxed dress codes, flexible working and reduced hours. And while the mercury has hit the high 20s in some parts of the UK, we all know this is unlikely to last and we’ll be rooting for our umbrellas before long.

The policy that allows staff Friday afternoon off to go to the pub or the beach may seem like a great, engagement-boosting idea when the sun is shining, but when the weather’s actually turned a bit unseasonal and there’s a deadline looming it could leave managers red-faced.

Simple things like relaxing dress codes when it’s beyond a certain temperature can work well, but again this can be filled with pitfalls as your sales director forgets he has a meeting and turns up to the office in flip flops rather than brogues.

As the survey points out, making the most of summer through staff get-togethers or one-off early finishing times can do wonders in terms of engaging employees, so perhaps focusing on ad-hoc responses to the hot weather rather than enshrining things in policy is a better approach. And if the office doesn’t have air-conditioning when those peak temperatures hit, it’s simply human to allow people to go home and work, or supply fans, rather than forcing them to sweat it out.

As with anything so variable as the British weather, it’s about making adult decisions based on the conditions you’re working in, or the forecast ahead. Making drastic changes to policies and procedures will be difficult to reverse once everyone is reaching for their jackets again, and you’re in danger of creating precedents where employees demand the same treatment at other points in the year, or another summer when you’re too busy to grant that time off.

Nobody’s saying you shouldn’t bend the rules now and again; just don’t let the sun go to your head.

NEXT ARTICLE →
The new breed of Chief Brexit Officer

← PREVIOUS ARTICLE
How can we encourage disabled applicants to disclose?