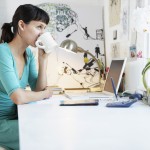 The Government’s decision not to change the IR35 small business tax is among the factors that helped bring an increase in freelancers’ confidence in the final quarter of 2015, following a record low in the previous quarter, according to IPSE.

The top factors freelancers cited as having a positive impact on freelance businesses included building their brand and reputation (58.7%), and innovating their services offered (40.9%). These are also the factors freelancers expect will have a positive impact on their business performance over the course of 2016. Over a third (35.7%) of freelancers surveyed also said business performance improved in the last three months due to more organisations adopting flexible working practices.

However, not all freelancers are positive about the next 12 months. The confidence of those working in skilled professional occupations, such as IT project managers, mechanical engineers and journalists improved, but remained negative overall. This group has had a particularly hard year with average quarterly earnings falling by 10.4%.

The attitude of the Government towards freelancing remains the major factor expected to negatively impact business performance levels in the coming year, the same as in the previous survey. 60% of freelancers also expect increased business costs in 2016.

The study also showed that freelancers were on assignment for 83% of quarter four 2015. In 2015 these levels were consistently over 80%.

Commenting on the survey results, Chris Bryce, IPSE CEO, said: “It’s great to see freelancers’ confidence in their business and economy bounce back after a significant dip in the Autumn. These professionals play a vital role in bringing innovation and specialist expertise to British businesses and they need to be supported.”

Bryce said the decision by the Government not to pursue proposed changes to how freelancers who operate through limited companies are taxed was a factor in the upsurge in confidence.

“The fact that confidence returned to positive territory after the Government decided to shelve its plans to change the IR35 small business tax shows just how big an impact government intervention can have on how people feel about running their business.”