Internships: a chance for recruiters to add value 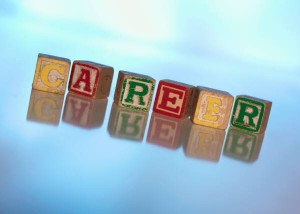 Internships have attracted much negative publicity of late, with some companies accused of exploiting young people. Recruiters can help both employers and candidates get a fair deal, as Jo Faragher discovers.

For graduates and school leavers, internships have become something of a rite of passage into a career. If you’re looking to break into a competitive area such as fashion or journalism, or get noticed by a household name employer, sacrificing a few weeks of your summer break to get some vital experience is a popular route.

On the one hand, the internship market has matured – figures from the Association of Graduate Recruiters show that 85% of their members now offer some sort of placement or internship route, while placements increased by 13 per cent last year. On the other, internships have also begun to attract some negative publicity, with a number of businesses accused of exploiting their interns’ enthusiasm by effectively making them work for free.

This trend was highlighted in April, when employment minister Jo Swinson referred 100 employers to HMRC, accusing them of flouting minimum pay legislation by hiring free interns. Labour MP Hazel Blears has even tried to push a bill through parliament to make advertising unpaid internships illegal.

As the intermediary between employer and candidate, managing internship programmes could potentially become an area where recruitment agencies can add value. Whether it’s through managing campaigns on employers’ behalf, or providing a ‘matching service’ for budding interns with suitable businesses, recruiters are well placed to ensure both a fair deal for the interns, and a positive result for the employer.

Inspiring Interns does not insist that its clients pay interns, however, only that they pay for lunch and travel expenses. “We feel that companies have a strong responsibility to run their intern programmes well, and if they’re not paying people then they should offer them some sort of structured training,” says Scherer. “Also, there are plenty of cases where interns being paid the minimum wage aren’t doing anything related with what they want to go on to do. If the employer pays for lunch and expenses, and there’s a job at the end, then that’s far more beneficial for both sides.”

Scherer points out that there can be a big difference between someone who is shadowing an employee and an intern taking control of an important project from their first day: “If they’re shadowing someone for a while, then expenses are appropriate. After three months somewhere, though, [an intern] should be doing work that warrants a salary.”

Job board Monster, however, has taken a tougher stand on the interns debate, becoming the first recruitment website to pledge publicly that it will not advertise unpaid internships. It has announced that all postings should comply with minimum wage law, and those that do not will be removed.

Andrew Sumner, Monster’s managing director for UK & Ireland, explains the motives behind the company’s decision: “A healthy future economy relies on the investment businesses make in young people and we believe it’s important not to take advantage of those desperate to get a foot on the career ladder.”

Tanya de Grunwald, founder of graduate careers blog Graduate Fog, applauded the move. “For too long, seeing adverts for unpaid internships posted all over the internet has given both employers and young people the impression that unpaid internships are legal, which they aren’t. Worse still, these ads have constantly undermined the hard work that we campaigners are doing to raise awareness about the facts on unpaid internships. People say to me ‘But unpaid internships can’t be illegal – they’re advertised everywhere.’”

One of the challenges employers face is often not finding a high volume of candidates for internships, but finding those who are a good cultural fit. “The rise of social media means that the connectivity between employers and candidates is constantly changing, and the biggest challenge for companies can be finding the right candidates,” says Marco Nardone, CEO and founder of a new social network called Unii.com, which will be launching a job board this summer advertising graduate opportunities and internships.

Scherer agrees. “At this stage [in the candidate’s life], you’re not looking for experience, you’re looking for potential, so it’s important for clients to get a good cultural fit.” Inspiring Interns claims that around two-thirds of the interns it places acquire a permanent role at that company. “This is a reflection of the fact we spend time sourcing them, pre-screening them before we send them to clients, to make sure they’re of the right caliber.”

Stopping the ‘who you know’ bias

A criticism of internships in the past is that they have been a block to social mobility – with the sons, daughters and family friends of the managing director always securing the plum roles – or unpaid work meaning that only those whose families live near London (where most internships still are) can afford to make the most of the experience. Advice from the Chartered Institute of Personnel Development published last year highlights how internships should be “conducted in an open and rigorous way to enable fair and equal access”, and that interviews should structured in the same way they would for a permanent employee. Again, recruiters could add value here as an impartial third party, able to save time by carrying out initial screening processes and identifying candidates with a good chance of fitting in at the employer.

Rajeeb Dey, founder and CEO of Enternships, a company that brings start-up companies together with interns, believes recruitment partners can also offer something different to the traditional hiring process. He says: “I think that the traditional recruitment method, a CV, a 20-minute interview – feels very old fashioned for today’s young companies and candidates. We want candidates to get real value from the process, regardless of whether they are offered the role at the end of it.” He urges Enternships’ clients to use the process to identify pools of future talent, rather than seeing it as a process of elimination.

This approach worked with Havas, a communications agency, which hired 13 new digital interns in six of their companies over the space of two days. Enternships handled the whole recruitment process, and every candidate (there were almost 100 applicants) left the assessment day with transferrable skills and experience that would help them in future applications.

With the unemployment rate among 16-24 year olds at just over 20%, finding a positive way to boost candidates’ employment chances might not just be a worthwhile business opportunity, but also a chance to give something back.  As Dey concludes, it’s offering that first step onto the career ladder that could change someone’s life. “At the end of the day, our job is actually very simple – we want to make sure the right people find each other. We’re very clear about our remit, it’s about first jobs, the first step, the entrance into an exciting world of work, and companies that are on the cusp of greatness. We’re not trying to do everything, what we want is to make employment fair for young, talented people, and to help young, exciting companies grow at the rate they deserve to.”