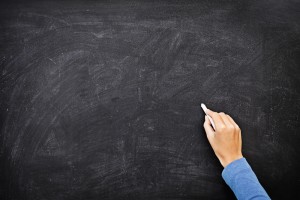 Two industry bodies could now compete to offer an industry standard in education recruitment after the REC announced last week that it is to launch a new quality standard within the education sector.

REC Audited Education replaces the Quality Mark, which the REC managed on behalf of the Department for Education until March this year. The aim of the standard is to provide schools with quality assurance of recruitment agencies that supply teaching staff.

However, the Association of Professional Staffing Companies (APSCo), has expressed its disappointment at the launch of REC’s new standard, having approached the REC earlier this year to discuss the two bodies joining forces with other key stakeholders to provide an industry-wide, nationally recognised standard.

“The DfE has made it clear, following the demise of the Quality Mark, that they would like to see a greater focus within the industry on self-regulation,” said Nick Bowles, Head of Education Membership for APSCo, ”and we are therefore very disappointed that the REC has decided not to work alongside us to help create a robust specification of best practice, which will differentiate those professional education recruiters who choose to be held to the highest standards.”

He added: “We feel that the safeguarding issue is critical within the education sector and that the industry should be presenting a united front. It feels like the right thing to do and I am amazed that the REC is taking this stance to revamp its own scheme. It should not be about which membership organisation you join and should not focus on commercial gain.”

APSCo has already approached the British Standards Institution (BSI), to discuss the creation of a national standard for education recruiters, and has commitment from teaching unions and other key stakeholders in the sector. Bowles said: “We feel this is a fantastic first step towards creating an up-to-date, robust solution that will work for all stakeholders.”

The REC has also garnered support from unions, local authorities and individual schools and academies for its new quality standard. Kevin Green, REC chief executive said: “To achieve REC Audited Education status and display the badge, recruitment agencies will have to prove they are not just compliant with all necessary legislation and regulations but that they operate the very best practice.”

REC Audited Education is part of a wider audit scheme – known as REC Audited – which is aimed at helping recruiters in all sectors to demonstrate their professional and high standards to clients. To gain Audited status, agencies must prove they operate best practice in areas such as customer service, staff training, development and diversity.