How to face post-Brexit recruitment challenges 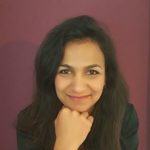 In June of this year, the United Kingdom had one of the most important votes in over a decade – Brexit – where we, as citizens, were able to decide if we wanted to continue to stay in or leave the European Union.

After months of debate, this ‘in or out’ was concluded and decided that the UK would officially leave the EU. Rightly or wrongly, many were disappointed, but the decision was made and has to be respected.

In the aftermath of the vote, there have been interesting debates, speculations and also concerns by certain global economies, with many economic forecasters predicting nothing but doom and gloom for the future of the UK’s economy. Despite all of this, the UK has held considerably stable in the job market following the vote.

While the unfolding of the referendum to break ranks with the EU triggered significant and understandable panic among British employers and job applicants alike, it has so far turned out to be a bit of a tempest in a teapot. The UK job market has shown surprising resilience in the months since the controversial vote – and things are looking positive for many jobseekers.

When Brexit happened, no one was sure what it would mean for workers in the UK. People wondered if salaries would be slashed, as the country would certainly experience an ensuing economic slump. Graduates fretted about their future careers and many expats elected to stay abroad until the situation stabilised.

But none of the speculated dread-scenarios have materialised as yet. UK businesses have continued hiring new staff members and salaries have actually increased in the period during and after Brexit.

What does this mean?

Regardless of what anyone’s personal and political view is on Brexit, the effect it has on workplaces and talent is one serious conversation that needs to be at the forefront to ensure that we do not suffer serious skills shortages – especially in our hard-to-fill, longer hours, lesser-paid jobs – including those in critical industries such as nursing and construction.

In July, according to results as recorded by recruitment agencies, permanent hiring went a little lower as the demand for interim hiring continued to rise. Now, whether this was due to the general trends that we see employers moving in, or was a direct effect of Brexit is hard to tell so early on. Typically, the employment effects of any major changes made by the government or similar are seen after a quarter or two.

Clearly ‘in or out’ has had a huge moral impact on personal motivation and ambition for a lot of the skilled EU workforce. Over the past couple of months, we have heard how certain skilled migrants, especially younger talent, seem to be leaving, or considering to leave the UK for better opportunities elsewhere.

With every change there are challenges – but there are also opportunities to innovate and do things we may not have considered before. These include more temporary and interim hiring, more offshore teams, and potentially more interims hired in other countries where the roles could be more flexible, part-time or even home-based, potentially eliminating the need for visa issues. This can work particularly well in skills shortages where the contractor/interim does not have to have face-to-face client engagement (e.g. designers and web specialists).

As far as some experts are concerned, “The UK jobs market suffered a dramatic freefall in July, with permanent hiring dropping to levels not seen since the recession of 2009,” as said by Kevin Green CEO of REC. The demand for talent in our economy is going to rise as we continue to see more and more skills shortages in different sectors, but whether Brexit is to blame is not clear.

Hiring can be complex depending on business needs and talent shortages; however, I do feel that in the wake of it all we should not lose sight that we still have a very good employment proposition once our immigration is more tidy for the future.

In a global economy, as things start to become more collaborative and shared, personally Brexit feels backwards. It may not have immediate employment challenges while the pieces of this game are still being set, but it may have some longer term damage if certain regulations and hard-to-fill professions are not nurtured and protected.

Employers and individuals have to start looking beyond the current employment trends like permanent, interim and even freelance opportunities. There is proof that jobs can be done from anywhere in the world, as long as the ‘employee’ or ‘interim’ has the right tools to do it.

At InteriMarket, our view is that this shift is great for the diverse future of the workplace – as the world becomes more collaborative, individuals will look to change jobs, countries and even careers more frequently. And rightly they should, because innovation and diverse experience add greatly to employers in this competitive digital age.

How can we help?

We have a vision to build the hub of all interim recruitment and management. By driving opportunities to professionals, we aim to close this huge gap between employers and interim talent. Our networking platform allows employers to start making connections with the right talent, and start promoting their opportunities.

To learn more about what we do and how we can help, get in touch.