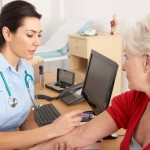 You need a tough skin to be a healthcare recruiter this week. On Sunday, the CEO of NHS England Simon Stevens claimed that NHS hospitals had overspent by £1.8bn on agency staff.

Just a few days later, health secretary Jeremy Hunt ordered a clampdown on the use of recruitment agencies to bring in doctors and nurses, proposing a maximum hourly rate for agency staff.

Hunt claims that agencies are “quite simply ripping off the NHS”, taking taxpayers for a ride by charging thousands of pounds per shift for a doctor. Unsurprisingly, recruitment body the Recruitment and Employment Confederation has hit back, calling Hunt’s claims ‘outrageous’ and blaming high agency spend on poor workforce planning on the part of the NHS.

Politicians like to over-simplify things, and this is clearly what Hunt is trying to do here. The NHS chief calls out overspending on agencies and the instant reaction of the Government – assuming it will garner taxpayers’ sympathy – is to announce drastic (but kneejerk) action to “beat [agencies] at their own game”.

Had there not been a huge shortage of qualified doctors and nurses, particularly in A&E, NHS Trusts would not have to rely on agency staff. As Labour points out, the coalition cut 6,000 nursing posts in the early years of the last parliament, and patients still need to receive care from somewhere.

Some hospitals are tackling the shortage by using overseas recruitment drives or building partnerships with reputable health recruiters to build up a pool of reputable candidates, but these approaches take a long time to come to fruition, and hospitals need doctors and nurses now.

Tom Hadley, the REC’s director of policy, is rightly annoyed that recruiters haven’t been consulted on these plans; even the Royal College of Nursing has called for further detail, claiming patient safety must come above costing issues.

The election proved that the NHS was a political hot potato, and it clearly continues to generate some heat. Far from the money-grabbing image the Government likes to paint of agencies supplying hospitals, they’re providing urgently needed skills that help the system stay on its feet.

NEXT ARTICLE →
Dealing with a weighty issue