Government’s double blow for the self-employed 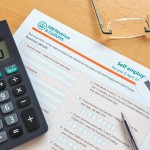 The government appears poised to launch a double whammy to the self-employed by axing its flagship New Enterprise Allowance (NEA) scheme.

News of the plans came just 24 hours after the government announced it was U-turning on a pledge to abolish Class 2 NICs, IPSE (the Association of Independent Professionals and the Self-Employed) has said.

According to reports in the British media, Treasury officials have told business leaders that the Chancellor is planning to cut the scheme, which had been designed to help people start their own business.

The government had regularly praised the success of the scheme – which has helped over 100,000 Britons start their own business since 2011 – but it has now emerged that the Chancellor is not expected to renew it at the Autumn Budget.

The move was the second blow for the self-employed inside 24 hours, after the government announced it was abandoning a pledge to cut tax for millions of the UK’s smallest businesses.

Andy Chamberlain, IPSE’s Deputy Director of Policy, commented: “The New Enterprise Allowance has put over 100,000 people onto the path of viable work, from the white van man to the one-woman band. Encouraging people into self-employment and to run their own businesses is an overwhelmingly positive thing for the economy, as it lowers unemployment and boosts government coffers in the long term.

“The government should think very carefully before axing the Allowance, and IPSE would like to see it reformed rather than repealed. IPSE is calling for more targeted financial and mentoring support for NEA-backed businesses after the initial start-up period, to increase their prospects of long-term success.

“What is doubly damaging about this move is the fact that it comes just 24 hours after the government decided to backtrack on a pledge to abolish Class 2 NICs – an awkward levy which applies only to the self-employed. Can it really be true that the supposedly pro-business Conservatives would attack small business twice within 24 hours?

“Both moves are fundamental breaches of faith with the self-employed. How can they possibly be expected to drive the UK economy forward if they are constantly looking over their shoulder wondering when the government will come for them next?”