FSB and IPSE call for better deal for the self-employed 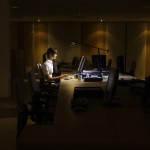 IPSE (the Association of Independent Professionals and the Self-Employed) has welcomed a new campaign from the FSB (Federation of Small Businesses) supporting policies which value and promote self-employment.

IPSE particularly backs the FSB’s concerns over the possible extension of changes to IR35 into the private sector. However, IPSE goes one step further, and calls on the government to completely abandon the changes after their disastrous impact on the public sector.

The campaign, ‘Think Self-Employed’, backs up several of IPSE’s recommendations to improve conditions for the UK’s self-employed, including:

Simon McVicker, IPSE’s Director of Policy, commented: “It’s excellent to see other leading trade associations like the FSB coming out in support of the UK’s 4.8 million self-employed. All too often, their enormous economic contribution to the UK goes unrecognised and they are simply seen as a target for ill-conceived tax grabs like the changes to IR35.

“We wholeheartedly support the FSB’s ‘Think Self-Employed’ campaign and welcome its commitment to policies that, like IPSE’s, will guarantee the future of freelancers and the self-employed in the UK. For too long now, Universal Credit hasn’t worked for less financially secure self-employed people and it urgently needs reforming. It is also unjust that self-employed mothers and fathers still don’t have the same security as employees. And making Brexit work for the self-employed must be a priority to secure the future of the economy.”