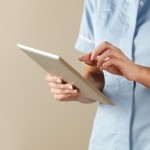 At a time when the NHS is facing an acute shortage of hospital doctors, there is an increasing reliance on overseas talent to help plug the gap.

However, these much-needed medical professionals are facing several barriers which prevent them starting work in UK hospitals. That’s according to new research from Remedium Partners, a consultancy which specialises in the recruitment of overseas permanent doctors to ease the NHS’s reliance on locums.

The online poll of overseas medical professionals revealed that the biggest barrier – cited by 51% of respondents – is the International English Language Testing System (IELTS) and the Occupational English Test (OET). Other major barriers include gaining a Certificate of Sponsorship – CoS (12%), salary requirements (10%) and relocation costs (9%).

Commenting on the research Remedium Partners director and co-founder Philip Braham, said: “While no-one would argue that the ability to communicate in English fluently is obviously important, the central issue is that there is not only a lack of clarity over which test should be taken, but also a major shortage of test centres, which then delays a doctor from being able to start work.

“While the OET assesses English language ability and communication within a medical context, including patient consultations and the ability to write a referral letter, the IELTS includes a wider academic remit including the ability to write essays as well as an understanding of wider social and cultural values. As a result, while the OET is understandably favoured by doctors as it is deemed more medically relevant, the major shortage of test centres means that some are forced down the IELTS route. This is well-known to be much harder to pass and invariably leads to delays in starting work. The high costs associated with both of these tests can also be prohibitive.

“Our research also demonstrates that even once doctors have passed the requisite English language qualifications, some are still being prevented from actually starting their job because of delays in receiving their Certificate of Sponsorship and other visa hold ups. Remedium Partners has long advocated government reform of the visa system and with numerous overseas doctors being effectively stranded earlier this year because of government imposed caps, it is perhaps more important than ever that steps are taken to remedy this to ensure a steady flow of overseas talent.”

Fellow Remedium co-founder and director, David Green, added: “If Trusts and patients are to benefit from the skills and experiences that this rich talent pool brings, it is vital that more is done to make their transition as straightforward as possible. And while Remedium Partners works very closely with our network of medical professionals to guide them through not only the English language tests, but also pre-employment paperwork, we strongly believe that government and regulators must take steps to reform the current systems which are struggling to cope with the demands placed on them.”