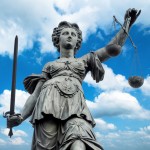 Job applicants may no longer have to disclose minor criminal convictions to potential employers, after the High Court deemed the rule was incompatible with the Human Rights Act.

Currently, anyone who has more than one conviction – regardless of the minor nature of the offences, how long ago they were committed and the person’s circumstances at the time – is required to disclose them forever when applying for certain types of work.

However, the High Court last week ruled on a case involving two people who claimed the Government’s criminal record disclosure scheme had severely affected their careers.

One claimant, referred to in the case as P, committed two minor offences in 1999 while suffering from a then undiagnosed mental illness. P has committed no crimes since and is seeking voluntary positions in schools with a view to achieving her aim of working as a teaching assistant. However, under current rules, she must divulge her two convictions when applying and – in explaining the circumstances of the offences – reveal details of her medical history.

The human rights organisation Liberty, representing P in the case, argued that this breached her rights under Article 8 of the Human Rights Act – namely the right to a private and family life.

Lord Justice McCombe and Mrs Justice Carr agreed and declared that the rule was unlawful under the Act. No challenge was brought to the rules that require those with convictions for violent or sexual offences or convictions for which they were given prison sentences to declare them.

James Welch, legal director for Liberty, believes a more flexible system, which considers individual circumstances in cases of old and minor convictions, should be introduced. This could make clear that people would still have to declare any violent or sexual offences, but would allow those with more than one conviction for less serious offences to move on.

“This ruling will bring reassurance for the very many people who have had their ambitions dashed because of very small mistakes they made years, or even decades, in the past,” he said.

“The Government must urgently fix this broken system, which rightly allows people with a single minor offence to move on with their lives, while those with two – no matter the nature or circumstances of their crimes – cannot. We are delighted the High Court has recognised the importance of the human right to privacy in allowing people to rebuild their lives.”

Lord Justice McCombe has asked the Government to make submissions to address faults in the system ahead of the court’s final order, with the disclosure scheme continuing to operate in its current form in the meantime. The Home Office is to consider whether to appeal the court’s decision.