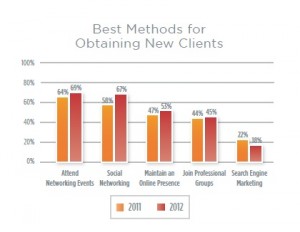 More than 80 per cent of recruiters expect agency revenues to increase in 2013, according to research by recruitment software company Bullhorn.

Bullhorn’s 2013 EMEA Trends Report found that just under half (45%) of agencies met their revenue goals in 2012, while 30% exceeded them. Those that expect it to increase in 2013 expect it to do so by more than 25% compared with last year.

Technology appeared to have a positive influence on recruiters’ success, according to Bullhorn. It claimed that of those organisations that used cloud recruitment technology, 34% exceeded their goals, compared with 23% of the organisations that did not use cloud.

Salaries also fared well. Fifty-eight per cent of respondents said they’d experienced a rise in remuneration in 2012 compared with 2011. Four-fifths expect their total pay to increase this year, too, with 34% expecting to earn between £40,000 and £75,000.

Peter Linas, international MD at Bullhorn, said: “It looks like even throughout one of the worst periods of economic austerity in the last 50 years, the recruitment market continues to fare well.”