All change for 2017: What lies ahead in recruitment? 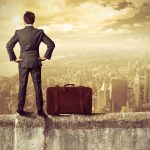 If nothing else, the year ahead promises to be an eventful one in the recruitment sector.

Much of it is likely to be dominated by Brexit, and the impact the UK’s decision to leave the EU has on both organisations’ hiring plans and restrictions around people coming to the country.

“The Prime Minister’s commitment to continuing to attract the ‘brightest and the best to work or study in Britain’ is a positive sign for recruiters working at the professional end of the market,” says Ann Swain, Chief Executive of the Association of Professional Staffing Companies (APSCo). This is particularly the case in sectors such as engineering, finance and IT, she says.

In the short-term, though, the uncertainty could lead clients to seek temporary solutions. “On the ground, these uncertain times lend themselves to a renewal in demand for senior level interim professionals across both the public and private sectors, as clients look to source specialists to plan for and implement change in areas as diverse as IT, HR and consultancy,” adds Swain.

Partly as a result of Brexit, many sectors will continue to wrestle with skills shortages, and these could worsen if overseas staff are less willing to come to the UK. “The UK will likely see a huge skill shortage within engineering roles,” says Nikki Dallas, Founder and MD of Talent FM. “We had already been looking to plug these gaps with imported talent, but the UK is a far less attractive place in the eyes of said talent post-Brexit.”

Candidate shortages will also be an issue in healthcare; a sector which has traditionally sourced labour from overseas. “Ageing and growing populations, an increase in chronic conditions and the advance in treatments and therapies all contribute to increase the shortage of well-qualified and experienced health professionals,” says Simon Taylor, Group Managing Director of Your World Healthcare. “Changes to rules for skilled worker visas and the looming impact of Brexit on our valuable population of migrant workers, combined with changes to the funding regime for student nurses, will all impact on the supply of available staff.”

Sales is also very much a candidate-driven market in 2017, says Claire Welch, Founder and Managing Director of Dobson Welch. “Good sales people are very hard to find and employers are doing everything they can to look after their best sales staff so people are not being easily enticed away for a new role,” she says. “Good candidates who are active on the job market are getting snapped up quickly and not being loyal when interviewing and dealing with recruitment agencies.”

This means recruiters have to ensure clients are aware of sectors where they need to do more to get quality candidates, says Jackie Bennett, Managing Director of recruitment agency network TEAM. “Quality, skilled candidates are always in demand and usually the best will be in current employment,” she points out. “They will not be tempted to move from secure employment unless or until the rewards justify it. Employers who are prepared to accept professional advice on current remuneration levels are finding our members able to provide appropriate candidates but if they seek to find the ‘cheapest’ candidate, they will struggle.”

Yet it is not all doom and gloom, even in sectors where competition for talent is fierce. A survey by REED found almost half (48%) of UK workers are looking for a new job, while Lynn Sedgwick, Managing Director of Clayton Recruitment, believes Brexit could also be positive for the sector. “It’s likely that – dependent on freedom of movement laws changing – recruiters are going to be in serious demand as organisations look to plug gaps in their workforces,” she says. “It presents a good opportunity to win new business and to break into new fields.”

Recruiters will have to get to grips with other issues too over the year ahead. Louise Gapp, Head of Procurement at specialist recruitment firm Cedar, suggests the new IR35 legislation around public sector employees operating as limited companies while working for government departments could have a massive impact. “Many may be required to transfer to PAYE schemes,” she says. “As a result we may potentially see a brain drain from public sector contract work into the private sector, or a pay spike from government employers in a bid to offset the impact of the new legislation.”

The apprenticeship levy, due to come into force in April, will also be an issue, particularly for supply agencies, warns John Randall, Communications Manager at ARC. “As currently planned, the levy is calculated not only on payroll for an agency’s regular staff, but also for supplied agency workers which comprises normally some 80–90% of total turnover,” he says. “This means a disproportionately large amount will be charged on the agency so directly affecting its net profits. The scheme would work better if the conflicts are removed, and agencies can legitimately charge the hirer for the levy applicable to agency worker payroll.”

Other legislation will also impact the sector, including changes to the Prompt Payment Code, Gender Pay Gap Information Regulations and the introduction of the National Living Wage. “Against this backdrop, it is crucial that recruitment consultancies keep abreast of the almost constant changes in legislation to ensure they are fully compliant,” says Swain.

Alongside all this, recruiters and employers will need to continue to adapt their recruitment practices, particularly as Generation Z starts to enter the workplace. “Social media’s role in recruitment will continue to grow in 2017 as conversations around the ethics behind using social media to vet potential candidates will relax organisations and HR departments,” predicts Dallas.

Digital gaming will also start to have an impact to help recruiters test behaviours at interview. “Younger job applicants actually enjoy this experience and when interviewed report that the game approach offers a ‘halo effect’, reflecting well on the image of the employer, portraying a progressive and ‘in touch’ organisation,” says David Falzani, Marketing Director at Ipsemet.

Yet the ability to build relationships with candidates will remain vital, alongside the use of new technology, predicts Richard Hanwell, Associate Director at The Sterling Choice: “The ability to build rapport with candidates will never go away and with new technology, internal campaigns and regulations being bigger than ever in 2017, the importance of this ability could not be higher.”

NEXT ARTICLE →
Should the gig economy be regulated?

← PREVIOUS ARTICLE
The 2017 Apprenticeship Levy: What agencies need to know